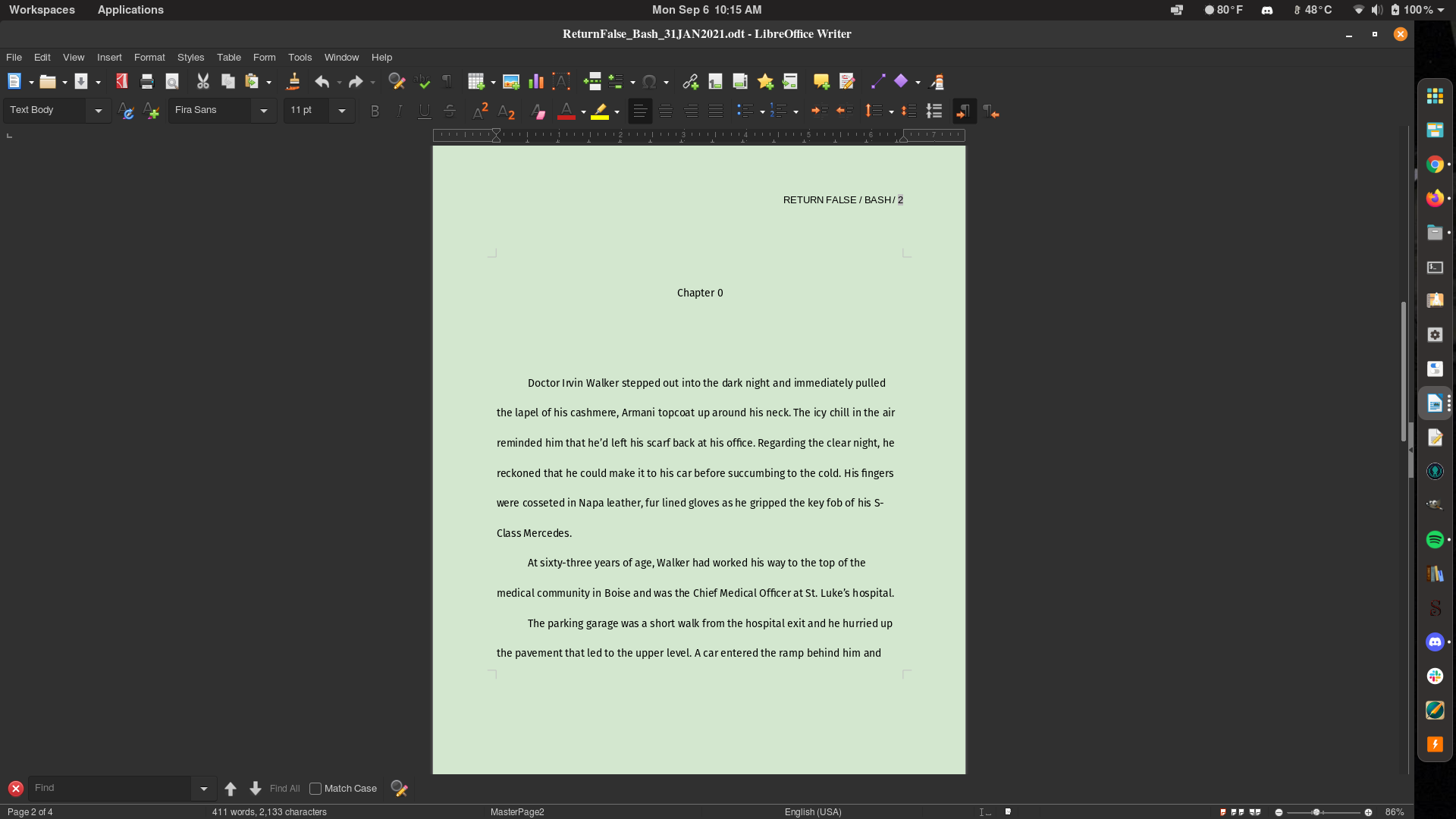 My current hobby/obsession is learning to play the guitar. I’ve never bothered to learn how to read music. I never had lessons growing up and was never in a band. I didn’t really know anyone outside my immediate family who played music. My father was a musician in High School and so was my brother. But I never really showed any interest in wanting to learn to play anything. Until I reached my mid-fifties.

Guitar players are faced with all kinds of gear to analyze and sift through to find a tone that pleases the player. Some musicians spend as much time tinkering with tools than they do actually playing or performing. To be honest, this appeals to me as much as learning to play. I’ve always loved tinkering with electronics and software and these days there are all kinds of options for the guitarist to explore.

What does all of this have to do with writing?

Writers don’t really need or have many tools to tinker with that actually make their lives more productive. The majority of novelists still write linearly and in some form of word processing software. I used to find this strange, coming from the world of technology and programming. It seemed archaic and hard to move around in a monolithic document. But after nearly 20 years of writing novels, it’s what I now use.

To be sure, I’ve tried all the writing tools you can name. I’ve even helped a developer writing his own tool in an effort to make it more intuitive for writers, but I still come back to LibreOffice Write (similar to MS Word) in the end. Although I’ve been known to write in Google Docs too. Both are similar in layout and function.

My latest tool enhancement if you will, is to make the page background a very light shade of green. This makes a bright screen easier on my eyes. I could have made the page black and text white, but that was too high contrast. Here is a picture of what I’m using now in Libre Office. Oh, is that the opening for the next Joshua Jones novel? Why yes, yes it is. Fancy that.

I may experiment with other colors, but for right now, this light green seems to reduce my eye strain and that’s helpful for long sessions at the keyboard. Speaking of keyboards, I now use a touch type, chiclet style keyboard from Microsoft. I’m considering trying out a mechanical keyboard. My first computers used the old IBM keyboards with click keys that the kids are so fond of these days. But I’m too cheap to pull the trigger until I absolutely have to. So maybe next year. My mouse is a simple wireless one and I’ll probably get a larger one at the same time. Since I now use the same keyboard for my day job and my writing gig, I’m willing to consider ensuring that those tools are as good as I can afford.

I look around at my feeds on writing and they are just not that exciting. Until I found Film Courage on YouTube. If you write novels or screenplays, you should watch some of their videos. They interview working writers and actual writing instructors about the craft of story telling. Well worth checking out. Every writer worth their salt is constantly learning new things about their craft. Whether it’s attending conferences, workshops, watching videos about writing or reading books on storytelling. Always be improving your knowledge.