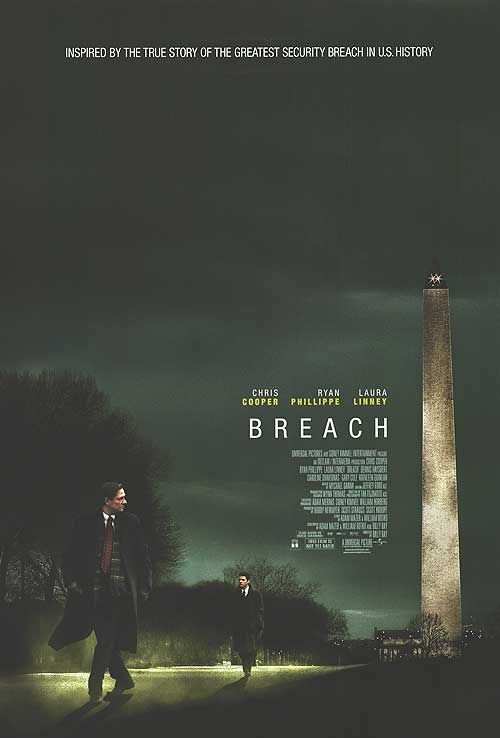 I somehow missed this 2007 film about the capture of Robert Hanssen, the biggest traitor to our country that FBI has ever nabbed. For decades Hanssen used his position inside the FBI to sell classified military secrets to the Soviet Union.

If you’re looking for a hacker movie, this is probably not going to float your boat. But if you’re interested in a tightly paced, intense drama about how Hanssen was captured, this movie delivers. I enjoyed it, despite knowing how the real story took place. All films change the facts to increase dramatic tension, and this one is no exception. The average viewer not familiar with this take down, won’t notice anything out of place.

Intense performances from Cooper, Phillippe and Linney really draw you into the story. The directing from Billy Ray is appropriate for this kind of drama and he never pulls you out of the story or draws attention to his camera work.

Nerds like me will revel in the technical talk, although there is very little of that to interfere with the flow of the story. Look for another outstanding supporting role from the “Allstate Guy” Dennis Haysbert.

If books are more your style or you’re just interested enough in the story to know more, I would recommend Gray Day from Eric O’Neil the young FBI agent who brought down Hanssen.