Movie Review Castles In The Sky 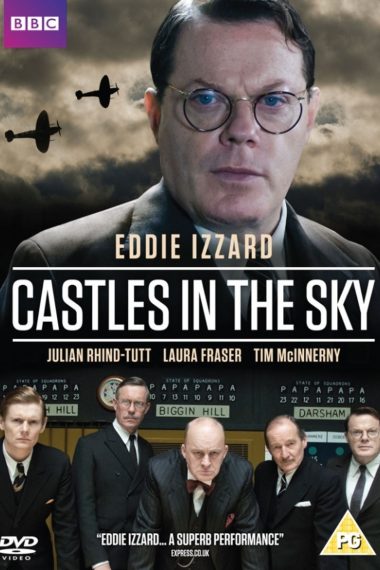 Tonight I watched the BBC’s 2014 docudrama about how Robert Watson Watt and his band of ill-funded inventors went about inventing RADAR. This was a story that I was only marginally aware of and I really enjoyed knowing a bit more about how this technology helped to save Great Britain during the Battle Of Britain in 1940.

Eddie Izzard stars as Watt and turns in an admirable performance in a film that is low key, and yet taught with the drama of a small group of talented men trying to make the impossible a reality. This movie is about a group of nerds doing very nerdy things that wind up saving a nation in it’s time of need. Who doesn’t love that?

There’s plenty of lingering shots of old, 1930’s radio gear and of course the obligatory shots of Spitfires and other period airplanes that just make me smile so damn much. But this is mostly a drama about how these men worked as a team and got a job done that was to put it mildly, quite a lofty task.

It is yet another example of modern technology coming about because of war, but in this case, that technology was defensive in nature. Without the advanced knowledge of when, where and how many German aircraft were coming across the English Channel, the RAF could not have defeated the German air forces that outnumbered them 3 to 1.

I particularly loved how they got the tubes or as the British say, valves they needed for their equipment from a new invention called the TV. The movie is not that long but well worth your time if you love to know how and why RADAR was invented. It has me searching for a proper book on the subject.