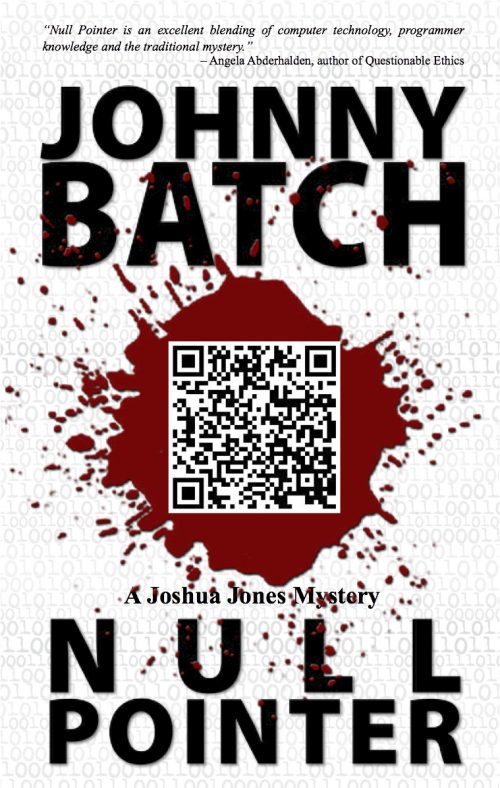 If you’re looking to start the Joshua Jones series from the beginning, you’re in luck! It is now or will be shortly available on every ebook platform starting TODAY! Kobo, Nook, Amazon, Apple, Tolino, Angus and Robertson, Vivlio and Baker and Taylor.

It’s been a long time since I wrote my first Mystery novel on that old white Macbook. Null Pointer was released in 2009 with the infamous Ball Cover design as seen below. Conversing with a local bookseller convinced me to not have a pure white cover and to make it appeal to Mystery readers. So we redesigned it to the present blood splattered, subtle code background and launched the second edition in 2011. Today the old Ball Covers are rare and out of print. Most people who are programmers, prefer the old for its visual interpretation of a null pointer.

If you remember the launch party cake, it had the Ball Cover design. I do still have some of those bookmarks. I even have a few fridge magnet covers in business card size.

So get your new ebook copy of Null Pointer and read it again if you already have it and you’ll be ready for the sequel on October 6.