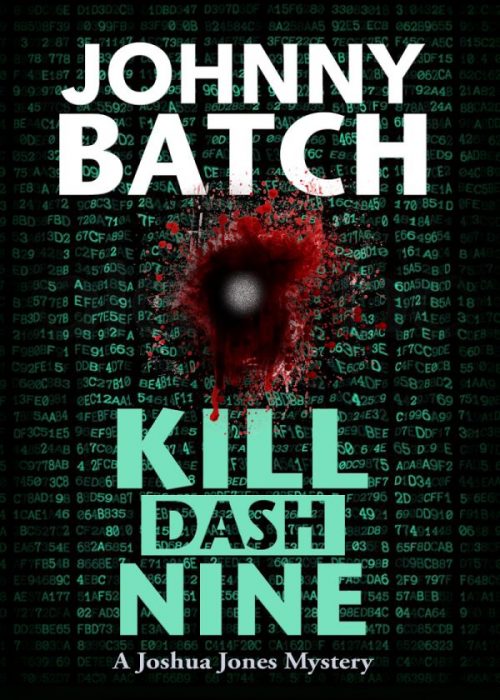 I’m proceeding with writing the third Joshua Jones Mystery novel – Return False. This one will deal with the history of several of the main characters and the cyber elements will be less of a focus. You won’t want to miss it, as some very important reveals will come early and often in this novel.

In regards to the second novel, I’ve given up on finding an agent and traditionally publishing Kill Dash Nine. Lots of reasons for this, primarily because I don’t think anyone really understood what I was doing and therefore could not figure out how to sell it. I figured that would be an issue and I’ve decided to just go ahead and write the series and publish it myself through GB Press.

What this means for both of my loyal fans, is that they won’t have to wait much longer to read the book! I’m aiming for a November release for the paperback, and the ebook should be out in a matter of weeks. The cover art is finalized and the artist – Byron McConnell, is now working on the wrap around and interior layout for the paperback. We’re going to release a quality product, just like the Null Pointer paperback.

Hopefully, a year from now there will be three books completed in the series with just three more to go to finish it off. Thanks for sticking with me for that decade off after Null Pointer! More Cybercrime mystery fiction heading your way soon.